You are here: Home / Recipes / WHICH OF THESE NEW RECIPES AND CARVINGS SHOULD I MAKE THIS YEAR?

As a self-described “watermelon geek,” one of the things I look forward to the most every year is when the National Watermelon Promotion Board (NWPB) updates its website in January with new recipes and new carvings.

The main reason for my excitement is because I know I’ll be making some of those recipes and carvings throughout the coming year. Below are this year’s new additions. Leave a comment with which recipes and carvings you’d like to see me attempt and post here on the blog in 2014! 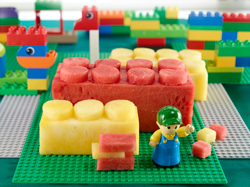