You are here: Home / General / SECOND SLICE: HOW LONG WILL MY WATERMELON LAST?

Even though it doesn’t happen often that I have “extra” watermelon lying around in my fridge for more than a few days (it usually disappears pretty quickly), it does happen from time to time. If it happens to you, today’s “Second Slice” expertise from Chef Harry should come in handy.

DAVID S. ASKS: We recently hosted a large family picnic and we bought a little too much watermelon. Now I’ve got watermelon in my fridge, which isn’t a bad thing, but I’m wondering… how long will it last? 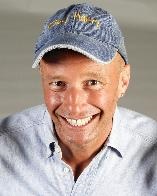 Great question, David. First of all, there’s no such thing as “too much watermelon.” Second, there are so many things you can do with those leftovers, but that’s a subject for another day.

To answer your question, if the watermelon has already been cut, it should be okay in the fridge for three or four days. While it’s in there, keep it in a container (if it’s cubed) or place plastic wrap over the exposed edge. If the watermelon is whole, you’ve got a bit more time – anywhere from 7 to 10 days – to figure out what you’ll make with your leftovers.

As for your leftovers, two of my favorite things to do with excess watermelon are cutting it into chunks for use with other fruits in yogurt smoothies, or pureeing the watermelon and freezing it in an ice cube tray to make watermelon ice cubes for drinks!