You are here: Home / Archives for beer! 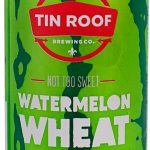 There's nothing like a cold beer and a few slices of juicy watermelon on a hot Summers day. Even better though is these two barbecue staples in one delicious drink; watermelon beer. If you love beer and enjoy a juicy slice of watermelon these beers have been made just for you! Watermelon Beers … END_OF_DOCUMENT_TOKEN_TO_BE_REPLACED 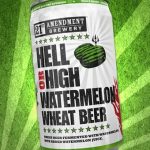 No, this isn’t another April Fool’s joke. Now that that’s out of the way, I’m very excited to announce that a San Francisco brewery called 21st Amendment Brewery – named after the constitutional amendment repealing Prohibition – has created a watermelon infused beer called Hell or High Watermelon … END_OF_DOCUMENT_TOKEN_TO_BE_REPLACED

Here’s another four ingredient recipe that would make a good addition to a football party buffet line. Did I mention this recipe includes two cans of beer? I don’t think I need to say any more. PULLED PORK AND WATERMELON BARBEQUE SAUCE INGREDIENTS 1 4-to-5 pound pork butt 24 ounces dark … END_OF_DOCUMENT_TOKEN_TO_BE_REPLACED