You are here: Home / Archives for Watermelon Size 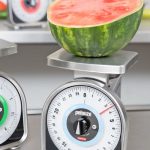 The whole, green striped watermelons we see at the local supermarkets appear similar in size but are they similar in weight? While the majority of watermelons we commonly see lie within just one to two pounds of one each other, there has been a number of cases where enormous watermelons have been … END_OF_DOCUMENT_TOKEN_TO_BE_REPLACED