You are here: Home / General / DID YOU KNOW: WATERMELONS ARE HEALTHIER WHEN WARM 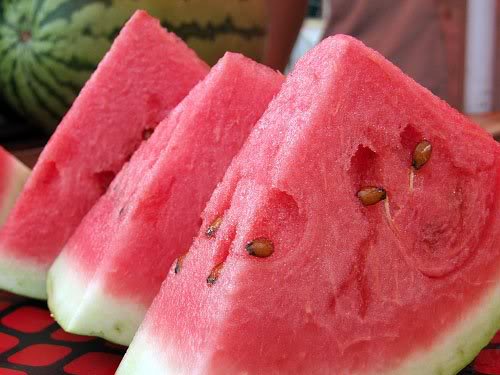 A friend forwarded me the following nugget of information the other day. Just when you think you know everything there is to know about watermelon, you learn something like this.

It’s not necessarily a new revelation (though it is to me), but scientists from the USDA Agricultural Research Service have found that eating watermelon stored and served room temperature is healthier than eating chilled watermelon.

Now I don’t know about you, but almost nothing beats a nice, cold slice of watermelon or bowl of watermelon cubes, and I’m not in a hurry to take my watermelon out of the fridge. After all, those health benefits are good, but even when it’s cold, watermelon still contains plenty of lycopene and beta carotene. But if you’re anxious to get more vitamins out of your diet, it’s definitely something worth considering!