You are here: Home / General / NEW YEAR’S RESOLUTION UPDATE: SEARCHING FOR A CONTEST 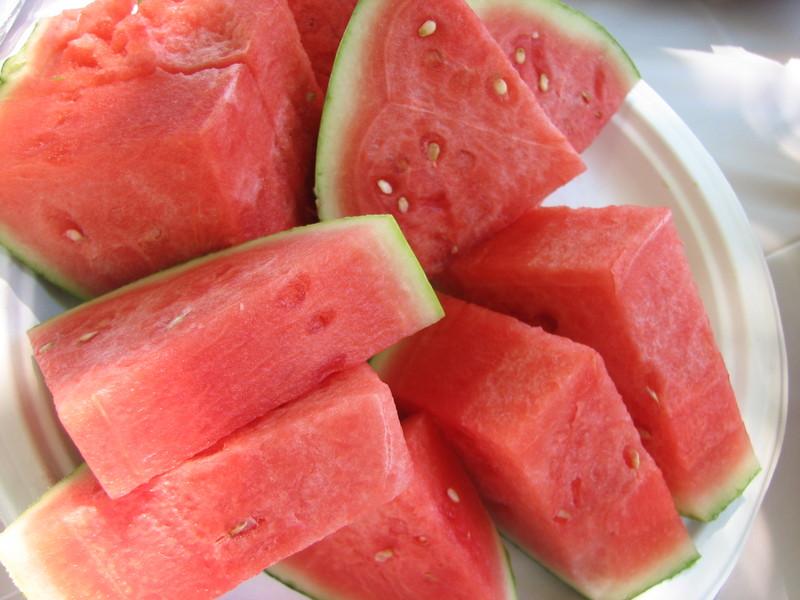 Last month, I shared my 2014 New Year’s resolution – to compete in a watermelon-eating contest. In that entry, I offered a glimpse of a few champions and the high bars they’ve set for my own attempt to enter (and hopefully win) a watermelon-eating contest. Long story short, I’ll be happy if I can accomplish even half of what they did when I step up to the table later this year.

I started my search over on EatFeats, which has the most comprehensive database of eating contests on the Internet. It lists nearly 100 watermelon-eating contests from around the nation in just the past two years, almost all of which took place in June, July, or August. A quick scan of the list even revealed a few right here in Pennsylvania, which gives me hope that they might plan a repeat performance in 2014. Among the contenders:

2. The Kipona Festival (September) – Kipona is an art festival held each year right here in my town of Harrisburg. It’s a lot of fun, and they hosted a watermelon eating contest in 2012, but not 2013. The only question is, can I convince them to bring it back in 2014?

3. The Bel Air 4th of July Festival (July) – Bel Air is actually in Maryland, but it’s only 90 minutes from where I live, so this one has potential. They held a watermelon-eating contest last year and, wouldn’t you know it, they’re having one again in 2014. I think this might be the one for me, folks!

So there you have it. Barring any unforeseen circumstances, it looks like my competitive watermelon-eating debut will be in Bel Air, Maryland on July 4. That gives me a little over four months to test my skills and practice my watermelon-eating technique. Stay tuned for updates about that!