It’s New Year’s Eve, and I hope everyone has plans to ring in 2015 in style…even if that means you’ll be fast asleep by the time Ryan Seacrest leads us in the annual Times Square countdown. I also hope you’ve given some thought to your New Year’s resolutions. 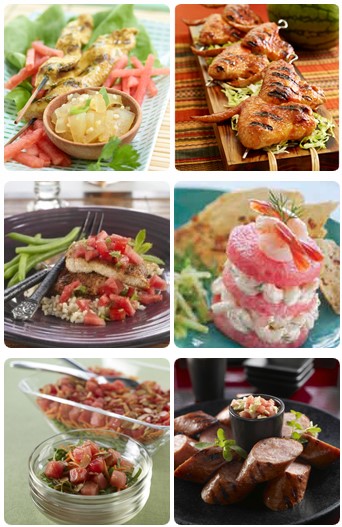 It gets harder each year to pick a watermelon resolution, which is why I asked all of you back in October for ideas. Jim Long suggested that I train with NASA to deliver some watermelon to the International Space Station. I really like that idea, mainly because becoming an astronaut is something I’ve wanted to do ever since I was 4 years old. Unfortunately, the likelihood of me accomplishing that objective is about as likely as me growing a watermelon that can actually be eaten.

And so, I’m forced to consider resolutions that don’t require eight months of intense zero gravity training and a trip into outer space. In fact, the resolution I’ve chosen for 2015 doesn’t even require me to leave my own kitchen (except to visit the grocery store to pick up a few things).

Those are just a few recipes I found on the Watermelon.org recipes page. I’ll also scour the Internet for ideas and ask you — What About Watermelon’s readers — for your suggestions as well. And I’ll be chronicling each creation with a monthly entry right here on the blog, including the successful creations, the not-so-successful creations and everything in between.

Get ready, because 2015 is going to be a very tasty year. At least I hope so!